I am delighted to announce that my new book, The Quantum Labyrinth: How Richard Feynman and John Wheeler Revolutionized Time and Reality, is now available for preorder.  The book offers a fast-paced excursion through the life and work of two eminent physicists with curiously complementary personalities.

Feynman’s casual attitude was balanced by his cautious attitude toward physics.  Physics should be experimentally verifiable, he believed.  Wheeler, his mentor at Princeton, though very formal in appearance, often threw caution to the wind with his wild ideas.  He proposed far-reaching constructs such as wormholes, geons, quantum foam, and the participatory universe. 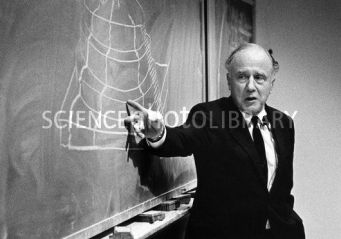 Nevertheless, Feynman and Wheeler made an excellent team when they set their minds to trying to unravel one of the greatest mysteries of physics in their day:  how to explain electron interactions without sinking into the mathematical quagmire of infinite terms.  Their work led them to a new view of time, allowing causality to run backward, as well as forward, and describing a situation called “sum of histories” where multiple timelines merge into a unified reality.  A modified version of their result helped lead to Feynman’s Nobel Prize.  Wheeler, in the meanwhile, went on to pioneer the study of black holes.

Wheeler would become famous for the brilliance of his students, as well as for his own work.  His PhD students Kip Thorne and Charles Misner made enormous strides in the study of general relativity.  Another of his students, Hugh Everett, took the Wheeler-Feynman idea of bifurcating time even further, and developed the Many Worlds Interpretation of quantum mechanics in which observers “split” into parallel universes along with what they observe. 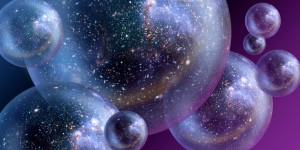 The Quantum Labyrinth is packed full of great interviews with Wheeler and Feynman’s friends, former students, and family members, about the importance of their work. It shows how their revolution in time resonates not only in science, but also our fragmented society.  It is a must read for anyone interested in the physics and philosophy of parallel universes, alternative histories, and quantum theory in general.

One thought on “Step into the Quantum Labyrinth”